We're currently between shows but open for visits on Arch Street:

Call ahead for Saturday visits

After an abusive early childhood, Adolf Wölfli was orphaned and began working as a farmhand and goatherd. He was imprisoned for indecent exposure as a young man, and was ultimately committed to a hospital at the age of 35, where he remained for the rest of his life, and where he began to draw. His output included more than 25,000 pages of drawings, as well as collages and musical scores.

What’s Up With the Outsiders 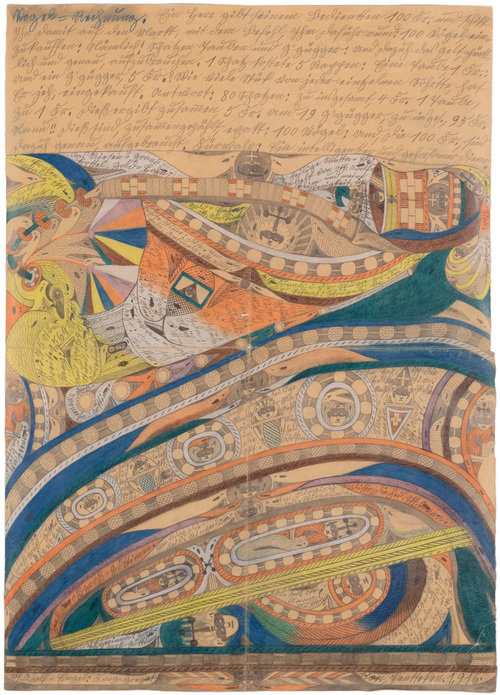