“I am not going to do anything useful anymore, I do not want to, I cannot, so I will do useless things. All of sudden, a new world opened up for me.” -Janette Laverrière (1909-2011)
(from an interview with Vivian Rehberg, 2009)

Around the age of eighty, after more than sixty years as a designer, Janette Laverrière began making “useless things.” This exhibition examines four artists who re-invent, re-imagine, and re-purpose the use, meaning and worth of functional objects in daily life and domestic space. The result of these endeavors often begins with the implication of a utilitarian object: a vessel, a newspaper, a handkerchief, a mirror. However, these objects change from implying a use we know to registering as “useless” or non- functional, acquiring a new use dictated by the artist.

the usefulness of useless things will include significant works by the participating artists as well as historical ephemera related to their various practices.

Guy de Cointet was born in Paris in 1934. After a brief time in New York City he moved to Los Angeles in 1968, where beginning in 1973 he produced the vast majority of his work including drawings, books, objects,and the performances for which he is best known.

De Cointet was notoriously private and spoke very little about his work. For each cryptic book or painting he produced, including those used in performances, de Cointet invented a code, which he used to guide his arrangements of letters, numbers, and other marks. Included in the exhibition is de Cointet’s very first performance, "Espahor Ledet Ko Uluner," and one of his last performances, “Tell Me.” "Espahor Ledet Ko Uluner," was presented in 1973 at the Cirrus Gallery in Los Angeles and advertised as a public reading of a novel titled "Espahor Ledet Ko Uluner," to be delivered by its author. De Cointet remained invisible and completely absent as the artist in relation to the work, though he had in fact written the “novel” in a coded language and directed the performance, hiring a dwarf named Billy Barty to play the role of the author.

“Tell Me” was perhaps the most ambitious and complex performance that de Cointet created. It combined his coded language paintings and publications, a complete stage set with numerous props that he designed and built, and a scripted play performed by three actresses. “Tell Me” was first staged in 1979 at Rosamund Felsen Gallery in Los Angeles.

Janette Laverrière was born in Switzerland in 1909. After completing her training in 1931, she relocated to Paris and began to design kitchens and other interiors. Initially Laverrière collaborated with her husband, Maurice Pre, and later, beginning in 1939, she began to produce work under her own name. Mirrors were among the first of her designs which also included moderately priced furniture and functional domestic objects.

Over the next forty years Laverrière had a remarkable and influential career as she continued to evolve her core interests in art and progressive politics which laid the foundation for her work as a designer. Her innovation in the use of laminates, plywood, and lacquer left an undeniable imprint on the aesthetics of modern furniture, and her whimsical use of color and form in the design of interiors for popular housing remains unmatched.

Nearly fifty years later, at the age of eighty, Laverrière ended her career as a designer and began making conceptual, non-functional mirrors, each of which paid tribute to a subject of great importance to her. Laverrière went on to define this new chapter in her career as a newfound usefulness in  useless things.

The piece included in the exhibition, "La Commune, homage à Louise Michel," was of particular importance to Laverriere, as it was perhaps the most overtly political of her mirror works. The piece references the infamous Paris Commune as a triumphant, albeit brief, moment of great possibility and bravery in French history and reflects Laverrière's lifelong commitment to radical progressive ideologies. "La Commune" is dedicated to Louise Michel, the famed French anarchist who remained outspoken and fearless despite continued harassment, threats on her life, and eventual deportation.

Stefanie Victor (born 1982, lives and works in New York City)
Stefanie Victor's work is a form of portraiture, depicting the whole or parts of domestic objects or spaces. Yet the work is a depiction in the guise of the subject itself. Victor's work is hinged on that space of depiction enabling a reassessment of things we think we know, and thus the pieces exist simultaneously as something known and unknown. Through her own brand of aesthetic lyricism, Victor's subjects move from representation to abstraction, and from abstraction to association to representation.

Victor's recent works depart altogether from appearing initially as recognizable objects from daily life. Each of these so-called "cloth sculptures" presents a strip of fabric dyed in dark shades of blue, purple, gray, or brown, folded and draped on rigid white angular architectural base. In the final installation eight of these pieces appear in a row on a simple long wooden table. Such a table as a viewing context suggests we consider these abstract and rather strange objects in relation to a domestic space. With that consideration, we can imagine each of the two components which comprise the sculptures as a re-imagining of some aspect of domestic life. The bases could, perhaps, be a product of gazing at interior architecture – of looking closely at say, the intersection of a wall, ceiling and door frame. We could consider the fabric strips in regard to a shirt cast on the floor, noticed late in the afternoon when the light is changing. Crumpled and lit indirectly, a solid colored garment might appear at that moment as endless shades of blue dissolving into black.

These are the moments where Victor's home and its contents present themselves to her as their true selves, as who they are when they're not at work doing the job we expect them to do. In this sense, Victor's work is about a faithful depiction of the way that she sees the world. This too is the labor in her work: a conscious choice to make work about (and at) home, and an insistence on the worth of what one might see there.

Eugene von Bruenchenhein was born in 1910 in Marinette, Wisconsin. As an child, he relocated with his family to Milwaukee, where he lived and worked producing photographs, paintings, sculpture, and writing up until his death in 1983. In his late twenties, Von Bruenchenhein became obsessed with botany and horticulture, interests that would develop throughout his life. These interests, alongside an affinity for the mystical, were a driving influence on the ceramic vessels he created beginning around 1960.

To produce the vessels, Von Bruenchenhein mixed his own clay dug from mud at his property and nearby construction sites. He first sculpted hundreds of tiny individual leaves, all of which were later attached to one another to form the finished piece. The structures were baked or “fired” in a coal burning stove in the parlor used to heat his home, and finally painted with whatever unwanted or discarded paints he could gather from local stores.

The identity of the vessels and their intended function remains elusive. There are credible theories that the aesthetics were informed by an awareness of Victorian ceramics and the royal ornamentation of ancient Greece. Von Bruenchenhein himself writes about the works at times as “sensor pots,” saying that they “may be used for dry flowers, or for incense burners.” However, he also states that ultimately, “There was no model for any of them...all were made for love of creation.” As objects, these vessels command a great deal of presence, a presence only amplified when considering the care, investment, and belief that Von Bruenchenhein embedded in them. Any initial associations with mundane use or decoration are challenged by their mysterious nature and the presumably profound significance they had in Von Bruenchenhein’s lexicon.

Jonathan Berger on The Usefulness of Useless Things

Join us at Fleisher/Ollman on Saturday, April 30 at 3pm for a walk-through of The Usefulness of Useless Things with curator Jonathan Berger

At 4pm there will be a screening of documentation from Guy de Cointet's Tell Me, performed at the Museum of Modern Art, New York, in 1980.

Berger will discuss the themes within the exhibition and the varied histories and practices of the participating artists. Along the way, learn about the curator's unorthodox approach to exhibition-making, based in his own practice of conceptual collage and assemblage. Berger's projects often include materials that are collected, sought out, and re-contextualized, combining new and old, traditional and non-traditional, popular and obscure and static display and events. His most recent curatorial projects include Stuart Sherman: Nothing Up My Sleeve, presented in November 2009 at Participant Gallery, New York, as a major contribution to the 2009 PERFORMA Biennial. He is presently organizing Peter Schumann: Black and White, the first major retrospective exhibition of Bread and Puppet Theater's founding director, scheduled to open at the Queens Museum in 2012. Future curatorial projects include Exuma, the Obeah Man, scheduled for 2013, and Andy Kaufman: On Creating Reality a retrospective exhibition tentatively scheduled for 2014. 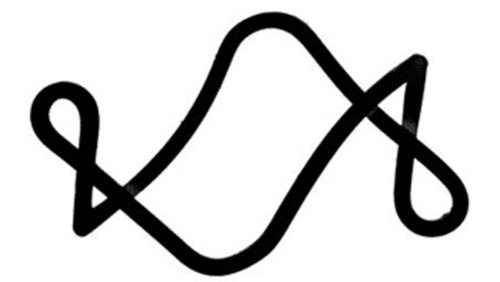